In addition to the generation of electricity, the largest biomass power plant in Central Europe provides 100% green district heat to the city of Pécs. The annual fuel demand of Pécs Power Plant is approximately 500,000 tons, which is provided entirely from renewable energy sources: in addition to woody biomass and agricultural by-products, we also utilize SRF (Solid Recovered Fuel) in a smaller proportion in accordance with the relevant permit issued by the regulatory authority.

The use of this commercially available chlorine-free fuel is widely accepted in Europe, as it has favourable environmental indicators while it can replace significant amounts of fossil fuels. Approximately 170-200 thousand tons of baled herbaceous fuel is used in the BIO2 unit per year. 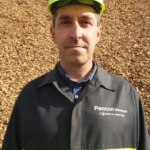